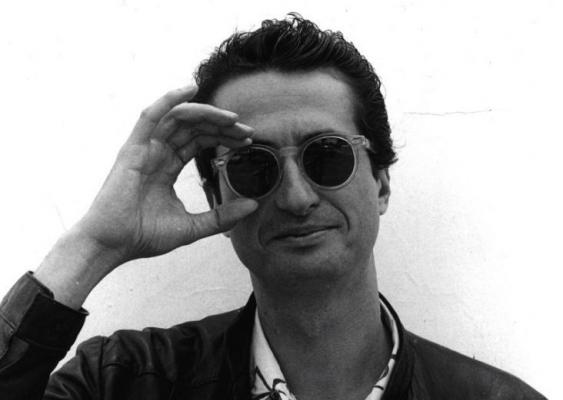 Luis Ospina was among the most influential figures in Colombian cinema. From the 1970s, he captured the stories of his country and his friends and explored the boundaries between fiction and documentary cinema with a sense of humour, audacity, formal imagination, and an enormous empathy for marginal people. He has always stood in opposition to official, sanctioned culture, searching for new ways to not only interpret and analyze social reality through his films, but also to change it.

In Colombia, which was ravaged by civil war until the late 1950s, there was essentially no film industry. The government didn’t support cinema and filmmakers lacked an institutional background. Audiences relied on American cinema for entertainment and it was not until the 1970s when Caliwood was born that there seemed to be some alternative. The name itself refers to the third largest Colombian city of Cali, where one of the central figures of this movement – Luis Ospina – was born in 1949. From an early age, he and his brother would consume westerns and vampire films. His love for cinema brought him to California where he studied filmmaking at university. During his studies there, he became acquainted with the emerging generation of American filmmakers and noir films, which resonated with his pessimistic worldview.

After returning to Cali, he made the short documentary Listen, Look (1971) with his childhood friend Carlos Mayol. The Pan American Games were being held in the city at that time, yet these young filmmakers did not gain accreditation. Instead of shooting the athletes, they filmed life in the streets around the stadium. The uncensored imagery of poverty, the fruits of the failure of the social system, contrasted sharply with the official, sanitized presentation of the event. With it, Ospina and Mayolo contributed to the cultural and social revival that took place in Cali in the 1970s. The focus of the film was the newly established film club and the cinephile magazine Ojo al cine. In addition to Ospina and Mayol, both were also credited to writer Andrés Caicedo, another one of the uncomfortable artists who support the so-called Cali Group. Nine years after Caicedo committed suicide, Ospina dedicated his personal film Andrés Caicedo: A Few Good Friends (1986) to the group.

Many Latin American filmmakers have come to realize that the easiest way to achieve a big break at foreign festivals is to film people living in squalid conditions and to affirm Western stereotypes about third-world countries. Ospina responded to the indecent exploitation of poverty both as a co-creator of a manifesto on so-called porn misery (Manifesto da Pornomiséria) and with his act of protest The Vampires of Poverty (1977). In a scathing mockumentary, Mayolo plays the role of a director who is so desperate to capture shocking footage from the slums that he doesn’t hesitate to stage it all just for the camera. Sharp criticism of capitalism and the hypocrisy of left-leaning artists not only earned both filmmakers great fame, but also resulted in animosity from their peers. However, their position as underground outcasts gave them independence.

Ospina spoke even more directly about the vampiric nature of capitalism in the horror satire Pure Blood (1982) about a sugar cane merchant who is kept alive by the blood of young boys. But the film was a box-office bomb and the noir crime film Breath of Life (1999), which payed homage to American B-movies, suffered a similar fate. After the film’s financial failure, Ospina decided to continue making only low-budget documentaries and experimental films. He continued to reject social and magical realism and explored the ethical boundaries of what is documented and how it is portrayed on camera. A Paper Tiger (2008), for example, bears all the hallmarks of serious documentary portraits, but the story of a Colombian artist considered to be the forerunner of the collage technique is in fact fictional.

The artistic boom in Cali ended in the 1980s when drug cartels dominated the city. Ospina, like most other local artists, took refuge in Bogota, but returned to Cali and its inhabitants several more times in his later films, which increasingly thematised the death and fragility of existence. The figure featured in the intimate portrait Our Film (1992) is Colombian artist Lorenzo Jaramillo, who is dying of AIDS and looks back on his life. Ospina's five-year-old chronicle It All Started at the End (2015), which is well over three hours in length, became the director’s own final will and testament in cinematic form. The portrait of a generation of Colombians who, like Ospina, Mayolo and Caicedo, always believed in the power of motion pictures and never lost the desire to experiment, is also an account of the director's gruelling battle with stomach cancer — a disease he succumbed to in September 2019.

In 2018, he was the focus of the first European retrospective at the Portuguese non-fiction festival doclisboa, for which many of the films were subtitled and restored for the first time, and the fruits of which can be seen in this special presentation on DAFilms. The retrospective was curated by Agnès Wildenstein.