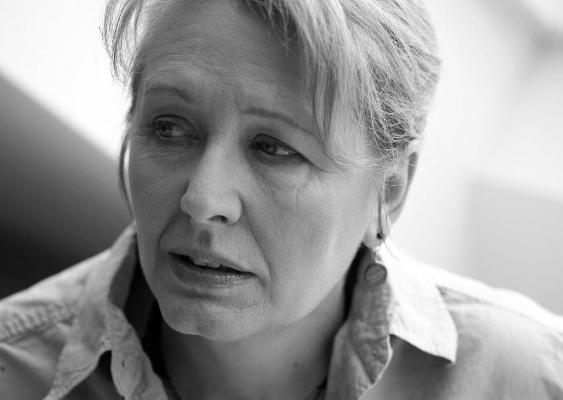 Helena Třeštíková was born on June 22, 1949 in Prague. Graduated from FAMU, subject documentary film direction. From 1974, she works in professional production, having made over fifty documentary films of varying footage mostly on the themes of human relationships and various social problems (Romeo, Juliet and Children/Romeo, Julie a děti; The Miracle/Zázrak; Two Anniversaries of Jan Zrzavý/Dvě jubilea Jana Zrzavého; Helpline/Linka důvěry, Touch of Light/Dotek světla, Thousand Years of Sobriety/Tisíc let střízlivosti).
In the course of time, she specialized in the time-lapse method, following people’s life stories on long-term basis. For a period of six years, her first series of time-lapse films followed the everyday lives of several young married couples from the moment of their wedding. The film crew visited them regularly, recording their troubles, dreams, efforts, in several cases also crises, divorce, reconciliation.
As a result, the six part television series Marriage Stories/ Manželské etudy (1987) and two feature-length documentary films Out of Love/ Z lásky (1987) and Looking for Ways/ Hledání cest (1988) were made. In 1991, together with her film and sociologist colleagues, Třeštíková established the “Film and Sociology Foundation” with the aim of providing a new perspective of the society after the great political changes. A free cycle of five time-lapse films about the life stories of young delinquents called Tell Me Something about Yourself/ Řekni mi něco o sobě still being made.
In the years 1994-1996, Třeštíková made several portraits of interesting personalities for the Gen, Genus and VIP documentary series (Tomáš Halík, Olbram Zoubek, Lída Rakušanová, Jiřina Šiklová, Karel Čáslavský, Jiří Ruckl). In 1994, together with her husband, publicist Michael Třeštík, Třeštíková founded the “Man and Time Foundation” specializing in time-lapse projects and films reflecting time, its flow and the changes it brings (Rudolf the II and Prague/Rudolf II. a Praha, The Sweet Century/ Sladké století, People, I Love You/Lidé, mám vás rád!, Carmen Story/Carmen story, Something Like Happiness/Určitý způsob štěstí).
In 2001, she finished the first part of the free cycle of time-lapse films Women at the Turn of the Century/ Ženy na přelomu tisíciletí (portraits of opera singer Dagmar Pecková, singer Bára Basiková, young drug addict Katka and Roma intellectual Jarmila Balážová). Recently, she has devoted her attention to the problem of drug addiction (Women and Drugs, Drugs and Women/ Ženy a drogy, drogy a ženy; Trapped In, Trapped Out/ V pasti a stále v pasti). Since the fall of 2002, she works is a pedagogue at the documentary film department and as head of the realization workshop.
In 2007, she was for a brief time culture minister of the Czech Republic.
For her film René, she was awarded by the European Film Academy (EFA) the Prix Arte 2008 in the category of the documentary.

By signing up for the newsletter, I hereby consent to receiving commercial communications by electronic means and to all relevant personal data processing required for the purpose of sending the Doc-Air, z.s. newsletter. I hereby confirm that I have read and familiarized myself with the Principles of Personal Data Processing and that I consent to the text therein. I also hereby acknowledge the rights specified herein, including, without limitation, the right to submit objections against direct marketing techniques.