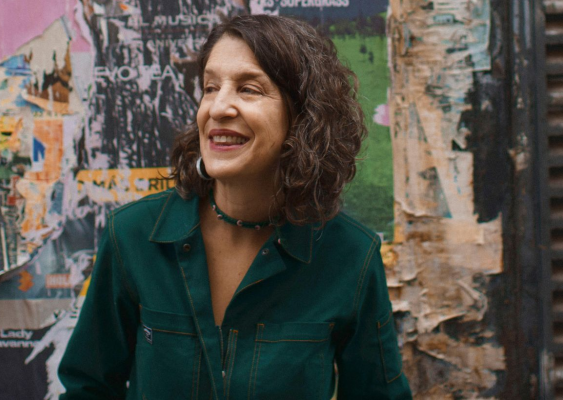 Lynne Sachs is an American experimental filmmaker and poet living in Brooklyn, New York. She has produced over 40 films as well as numerous live performances, installations and web projects. Throughout her career, Lynne’s experimentation has confronted social and political issues, familiar and intimate processes. She investigates connections between the body, the camera, and the materiality of film itself. Embracing letters, found archives, portraits, confessions, poetry and music, her work takes us on a critical journey through reality and memory.

Between 1994 and 2006, Lynne produced five essay films in Vietnam, Bosnia, Israel/ Palestine, Italy and Germany — sites affected by international war — where she looked at the space between a community’s collective memory and her own subjective perceptions. Her films have screened at MoMI (Museum of Moving Image), Tate Modern, Image Forum Tokyo, Wexner Center for the Arts, and festivals such as New York Film Festival, Oberhausen Int’l Short FF, Punto de Vista, Sundance, Vancouver IFF, Viennale, and Doclisboa. Retrospectives of her work have been presented at Museum of the Moving Image, Sheffield Doc/Fest, BAFICI, Cork Film Festival, and Havana Film Festival.

A conversation between filmmaker Lynne Sachs and Cíntia Gil, former director of Sheffield DocFest and Doclisboa.