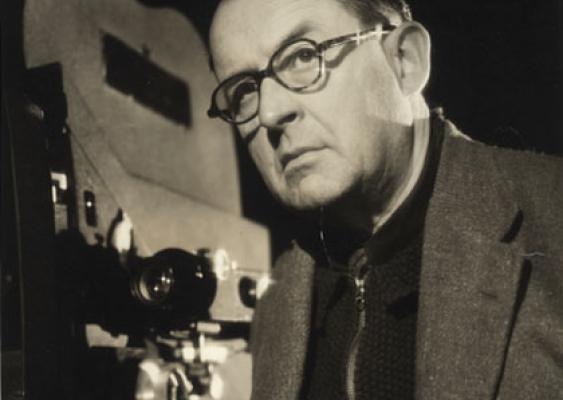 Alberto Cavalcanti was born in Rio de Janeiro in 1897. His early career began in France between 1920 and 1933, working as writer, art director and director. He directed the avant-garde documentary Rien que les heures/ Nothing but Time (1926) a portrait of the lives of Parisian workers in a single day. In 1927 he collaborated with Walter Ruttmann on a similar project set in Berlin, called Berlin: Die Sinfonie der Großstadt/ Berlin: Symphony of a Big City.
Cavalcanti moved to England in 1933 to join the GPO Film Unit under John Grierson working for seven years as sound engineer (Night Mail -1936) producer (Spare Time - 1939) and director (Coal Face-1935).
In 1940 Cavalcanti joined Ealing Studios, under the leadership of producer Michael Balcon. He worked as an art editor, producer and director. His most notable works were films: Yellow Caesar (1941), Went the Day Well? (1942), Dead of Night (as co-director) (1945) and Nicholas Nickleby (1947). In 1947 Cavalcanti returned back to Brazil where he made O Canto do Mar/ The Song of the Sea (1952) and Mulher de Verdade/ Woman of Truth (1954) with his own production company. Cavalcanti spent much of the 1960s and 1970s working as an itinerant film maker in various different countries, including East Germany, France and Israel.
He died in Paris at the age of 85.